Thinking About a Hyundai Elantra? Try the Honda Civic.

Hey, we get it. You see all that TV Internet and magazine advertising and you say to yourself, “Man, that Hyundai Elantra looks like a great car.” However, before you make a final decision, why not check out the Honda Civic?

In fact, driving expert Michael Frank at Road and Track had a very interesting experience when he tested the 2015 Honda Civic in Japan.

“At 125 mph, the 2015 Civic Type R tells you a lot,” said Frank, gushing with enthusiasm. “I had the briefest of drives in the car at Honda’s Yorii test track, and from ignition to exiting the pit, the small Civic Coupe jumped forward in fourth gear to north of 100 mph. My Japanese minder chided me to cool it for the first lap. Just as politely, I matted the throttle and sailed toward the 125-mph limiter.

“This car’s 2.0-liter turbo four-cylinder engine has so much to give. In sixth gear, the car is still pulling hard. Honda just chose not to let a bunch of rambunctious journalists seek that edge. This is a 180-degree departure from a mild people mover.

“While Honda wouldn’t let us rocket through cones on the company’s tiny road course, the lowered Type R’s steering on our brief test loop felt race-car taut. Whatever the lock-to-lock is (again, no specifics were given), it’s quite tight.

“The engine is ridiculous. Honda will only say that it has at least 280 horsepower. That seems reasonable, but it also stands to reason that 300 hp is possible.”
And that’s just one of dozens of reviews that suggest this is no longer your dad’s Honda.

In recent years, the Hyundai Elantra has become one of the most popular cars in Canada. With appealing styling, amenities and value, it’s easy to see why. But can it really match up with the Honda Civic, Canada’s best-selling passenger car for 16 consecutive years? Civic has always been a fan favourite with more premium interior and refinement, a seven-inch Display Audio system vs. a 4.3-inch audio system, Siri Eyes Free vs. not available, the HondaLinkTM Assist emergency notification vs. not available, Available HondaLinkTM navigation app vs. not available, Independent multi-link rear suspension vs. torsion beam… the list just goes on and on.

With its sporty styling, renowned Honda quality and fun-to-drive characteristics — all wrapped up in an affordable package – it’s almost impossible to beat the new Civic.

So before you commit to that Elantra, try Honda Civic. I guarantee you’ll be glad you did.

Posted in Did You Know

0 comment(s) so far on Thinking About a Hyundai Elantra? Try the Honda Civic. 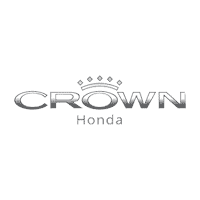